I'm going to try something new. I don't know how long it'll last, but I thought it might motivate me to take more steps. I miss my daughter in England and I miss England. We both fell in love with it when we were there and we've been twice. I'm keeping track, via my pedometer, of the number of steps I take every day and I know approximately how many steps I take in a mile. Using these numbers, I'm going to walk in England when I take my steps. Not in actuality, unfortunately, but I can map out a walk and supply you (and me) with photos of my walks, courtesy of Googlemaps. So, here's my first walk, which I took on November 2. 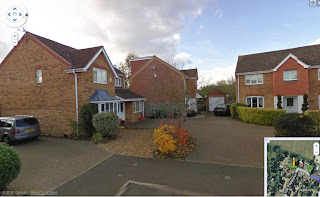 I started out my walk at Cherlyn and Rob's house. That's theirs on the left. Cute, huh? I'm standing in the street with my back to where I'm going to go so I can show you their house. Time to turn around and start walking. 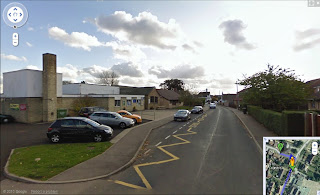 I walked down their short street and now I'm at the end of it. That's Bobby's old school there on the left. At the very end of the street you can see a chimney on the left side of the road. That's the chimney to The Manor, the greatest little pub around. 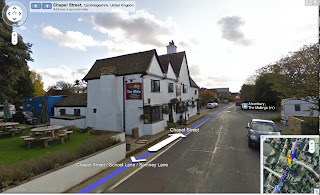 And here's the pub! We've had dinner there a few times and breakfast there once. It's a fun place and popular with the locals. The food is also delicious. 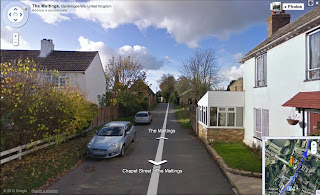 We'll walk just a little ways past The Manor and we're going to turn right at . . . The Maltings.
They have such interesting names for their streets, huh? We'll just meander down here. It's a beautiful day, which it was just about every day we were there last year and the year before. 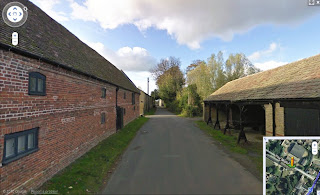 These beautiful old barns are right on the lane. The one on the right looks quite old. There are a lot of brick buildings around and the thatched roofs are really cool. 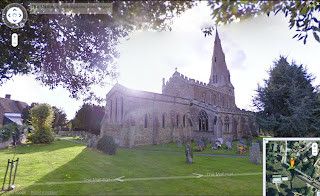 Down where the road turns to the right is the old village church. From what I've read, (and if my memory serves me correctly) there are records showing that parts of this church were here in the 13th century. It's a beautiful church both inside and out. 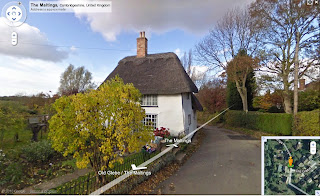 Turning to the right now and we see one of the beautiful old houses, complete with a thatched roof. This village has been here since the 1200's and some of these houses are very, very old. 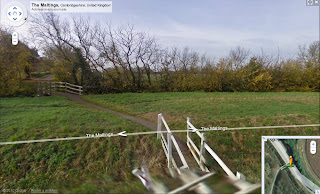 Looks like a couple of my photos got out of order. The one at the left is the very end of The Maltings, right at the beginning of the footpath leading to Polecat Lane.
This one is still on The Maltings. Makes me wonder how the googlemobile was able to get through here to take photos. 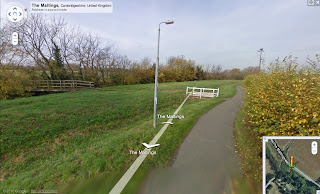 This one should be the middle one. Its the end of The Maltings and you can see the footpath off to the left. 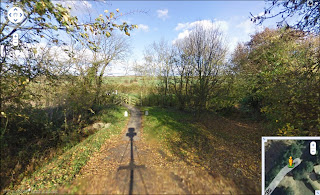 We're now on the footpath that leads to Polecat Lane. I turned around and I'm looking towards The Maltings, from whence I just walked. 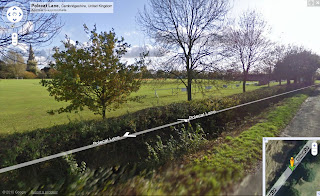 These next two were taken on Polecat Lane. Polecat Lane starts at the Great North Road and then dead-ends before The Maltings. That's where the footpath picks it up. There are a lot of footpaths around here. 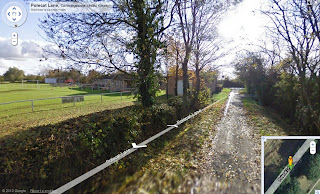 At the very end you can see the the Great North Road. It's an ancient road that was used for coaches and post and such. There's also an Old North Road which runs right through Huntingdon. It was one of the main roads that the Romans built. 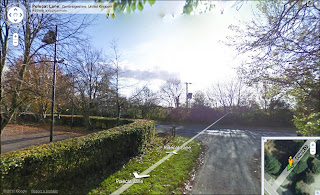 You can read more about the old Roman roads here. I love history so it's interesting to me. 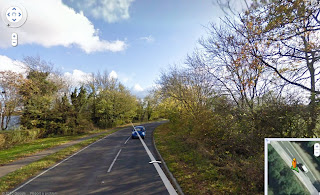 We're on the Great North Road now, heading south towards Alconbury. If I turned around and went the other direction, I'd end up in Alconbury Weston. The two villages are related. 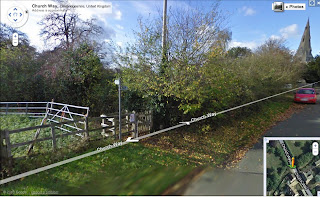 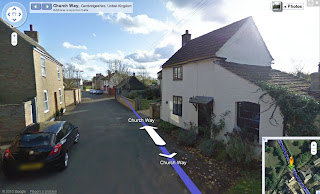 Here's the kissing gate leading to the footpath, that goes between Church Way and the Great North Road. We've traveled the footpath and now we're just outside the church. This footpath brings us to the opposite side of the churchyard from when we were on The Maltings.
We're now on Church Way at the end closest to the church. At the end of Church Way is the village pump. If we were to turn right, that would put us on . . . 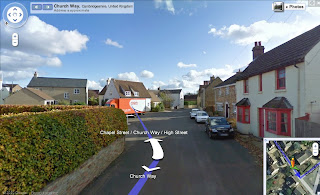 High Street. It would take us to the village green and the Bridge Crossing Alconbury Brook. The bridge is mentioned in some books that were written in the 1200's. 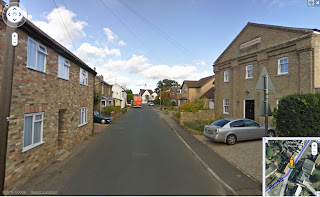 We're not going to turn right, though. We're turning left onto Chapel Street. You can see The Manor way down at the end of the street. 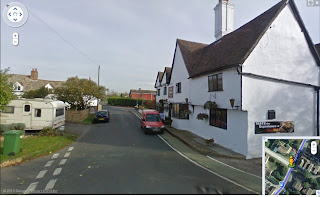 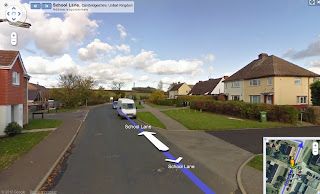 We've walked down the street and now we're passing The Maltings again, right across from The Manor.
Just a little ways further and we're almost to The Paddocks; the home of Cherlyn, Rob, Bobby and Michael. Bobby's old school is just to the right of us in this photo. Just a little further . . .
And we're back to their street. That's their house way at the end. Our walk is over. We walked a little over a mile or so. It's kind of hard to be exact because I'm not sure how long the footpaths were. I'm guesstimating about 1000 ft.
I hope you enjoyed the walk. I did. Just wish I was there.
Posted by Melodee at 10:34 PM