I've been going through boxes of old papers recently, sorting everything by year.  In doing so, I sorted 30 years worth of family birthday cards.  I pulled all of those out and sorted them by recipient.  They're all in separate containers now while I think of some artistic way to display them and then give them to the girls.  Card with notes on them are the best. 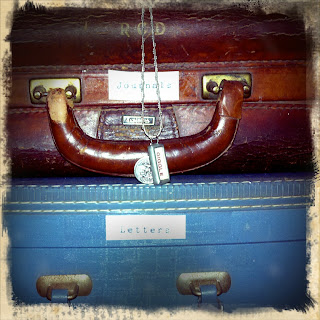 I miss receiving cards and letters.  We all stopped sending cards when we started sending birthday greetings via email.  It's just not the same.  Letters are like a diary, historical documents.  You can read through them and piece together what was going on in the writer's life.  Yes, you can do the same thing with regular emails, but they lack something by not being in the author's handwriting.  I can't see anyone printing out their regular emails, tying them up with pretty ribbon and storing them away for their children and grandchildren to read.  Maybe I'm wrong.  It's really not the same though. 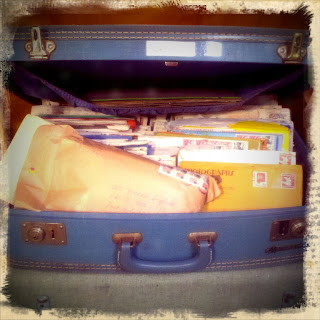 Email is nice for its' immediacy and volume, but, to me, there's nothing like a newsy letter that you can read over and over.  It doesn't even have to be anything exciting.  I have letters from my Grandma that just talk about what she did that day or that week; how much she canned, how the gardens were doing, who she visited, how my Grandpa was.  The mundane details of her life were interesting, even if it didn't feel like it at the time.
While sorting all of those old papers and cards, I read letters from Mom and Grandma.  Those letters from Mom are especially important to me now. 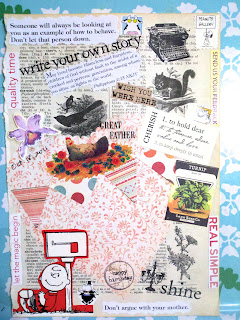 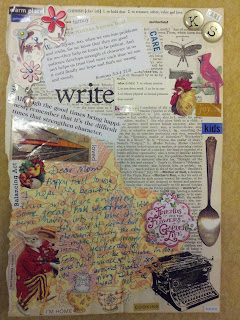 I know that we're all still loved even though we don't receive cards or letters any more, but there will be no written record  of the bits and pieces of our lives to pass along for future generations.  I miss that.  I think they will as well. 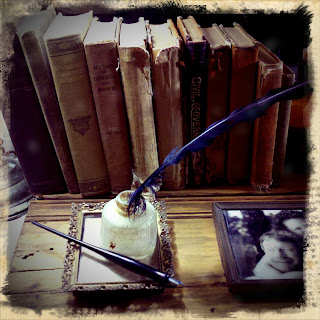 A couple of other interesting stories on the same topic; A Bag of Letters Tells A Personal Story and The Vanishing Art of Letter Writing.

Take pains ... to write a neat round, plain hand, and you will find it a great convenience through life to write a small and compact hand as well as a fair and legible one.  Thomas Jefferson

In an age like ours, which is not given to letter-writing, we forget what an important part it used to play in people's lives.  Anatole Broyard

When he wrote a letter, he would put that which was most material in the postscript, as if it had been a by-matter.  Francis Bacon

The word that is heard perishes, but the letter that is written remains.  Proverbs

We lay aside letters never to read them again, and at last we destroy them out of discretion, and so disappears the most beautiful, the most immediate breath of life, irrecoverable for ourselves and for others.  Johann Wolfgang von Goethe

I am a little pencil in the hand of a writing God who is sending a love letter to the world.  Mother Theresa

Or don't you like to write letters.  I do because it's such a swell way to keep from working and yet feel you've done something.  ~Ernest Hemingway

Letters are among the most significant memorial a person can leave behind them.  Johann Wolfgang von Goethe